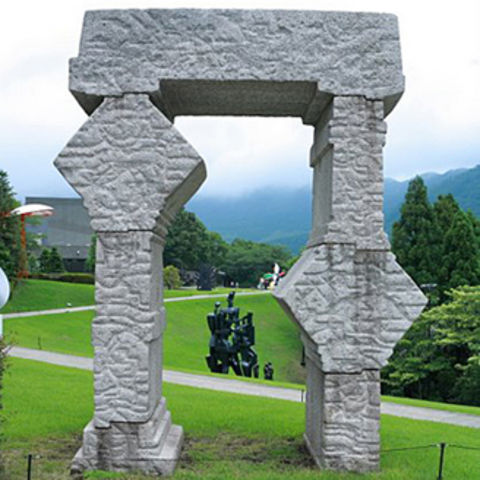 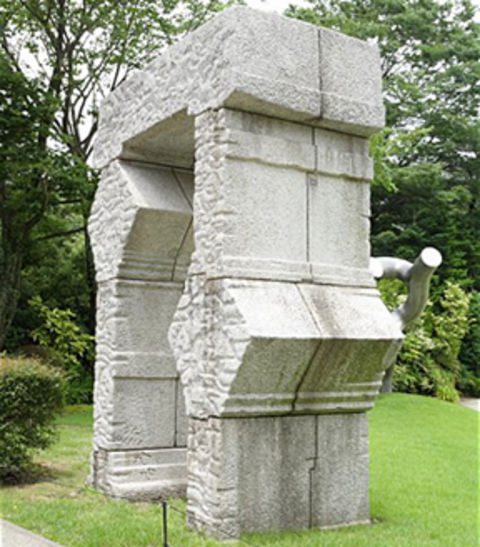 In 1958, Nagare unveiled a sculpture that, within its single piece, contained the rough and raw surfaces of a broken off rock, which he called ware-hada (“cracked skin”), alongside polished rock surfaces. Its simple form, the technique used to bring out what is natural, and its profound spirituality were highly regarded, first in the United States.

For various locations in Japan and the U.S., he has created many monumental sculptures that express Japan’s ancient sensibilities while using modern forms. Through their exposure to wind and snow, his works take on greater depth. Wind’s Impression was created in commemoration of this museum’s 10th anniversary.