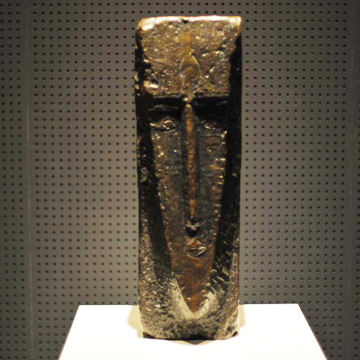 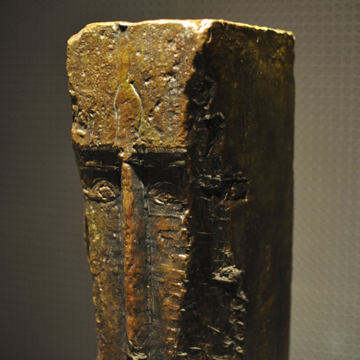 Modigliani, who received guidance from Brâncuși on how to directly carve stones, mainly created vertically elongated heads and caryatids (sculpted female figures serving as pillars) out of limestone. He was profoundly influenced by the simple strength expressed by African tribal sculptures and created pieces whose realistic details have all been stripped away. Tête was originally carved out of a stone, and the rough surface texture was left as is. Like those ancient goddesses that became pillars, this piece emerges as something of a transcendental image.