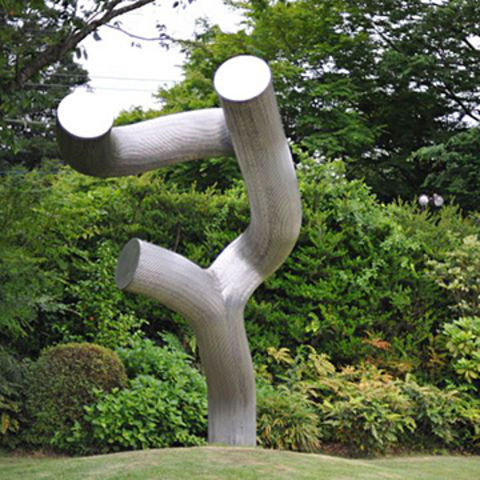 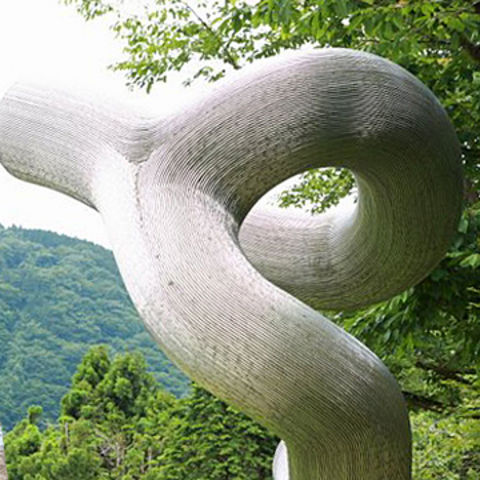 Sturm is a German word meaning “storm,” “uproar,” or “attack.” This piece is suggestive of a large tree whose branches have been cut clean off and the trunk pushed over by a rainstorm. In creating the trunk, multiple thin stainless-steel poles were welded together to create a large column.

From the dynamic form of the piece, we can feel the powerful sense of life that dwells in large trees. Denninghoff trained under artists such as Henry Moore, while Matschinsky is a female sculptor who also does stage design. She was formerly a theater actor but became a sculptor after meeting Denninghoff.