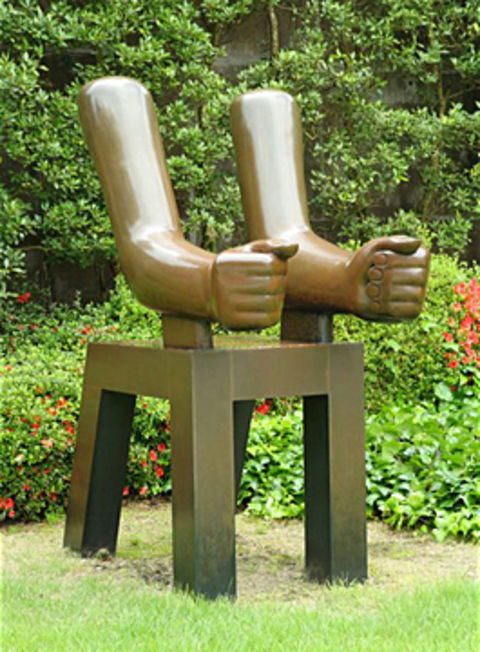 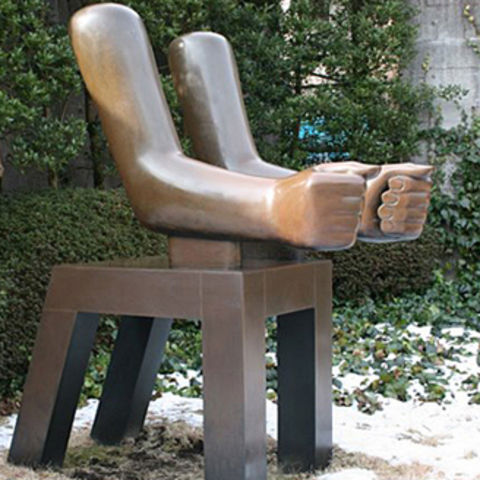 Armitage combines his human figures, created through the gaze of his distinctive sense of humor, with geometric forms. In the 1970s, he began experimenting with adding drawings to his sculptures. Both Arms was created after his two-year stay in Berlin that began in 1967.

In 1961, a wall was erected along the border between East and West Berlin. It was a time of political tension. His sympathy and criticism regarding the situation are infused in these arms, which are full of life and seem as though they were taken from an ancient Egyptian sculpture.