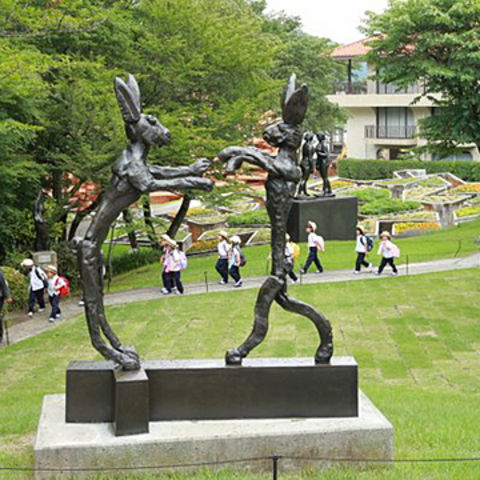 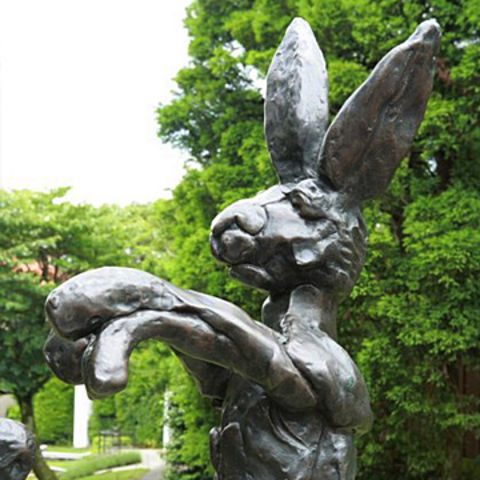 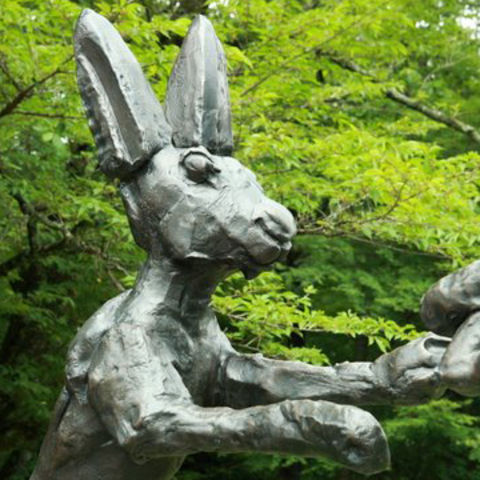 This is a fun piece showing two hares that appear to be playing around by boxing or dancing atop a cross. Hares appear in various forms in mythology, literature, and art.

Flanagan’s hares have flexible and exuberant bodies, and with their ears up, they stand powerfully on their hind legs like humans. He created conceptual art in the late 1960s through the 1970s, but in the early 1980s, he shifted to figurative art depicting animals.