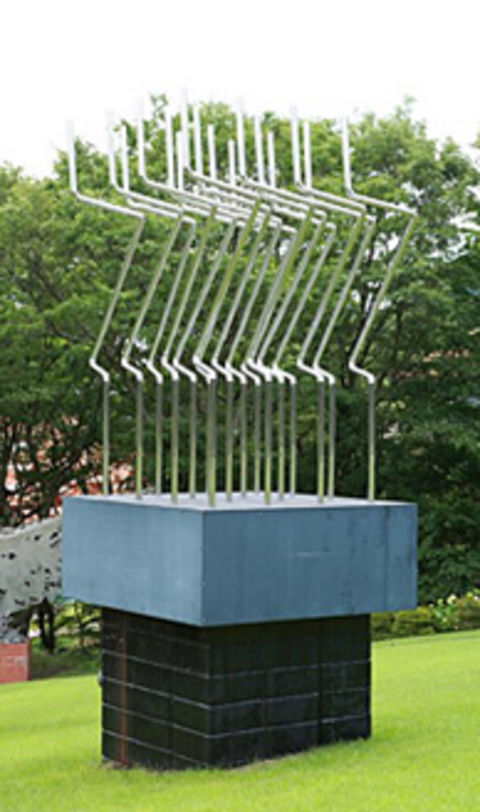 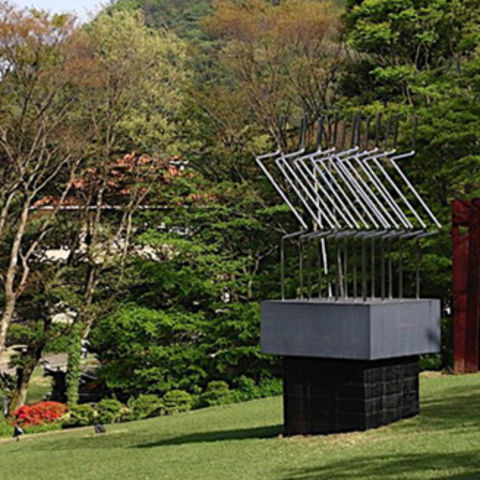 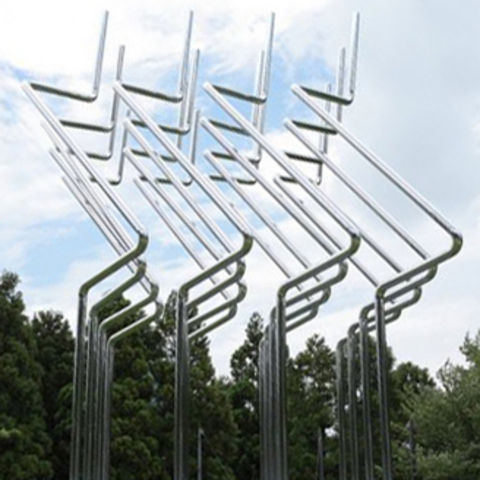 Although this piece is made of stainless steel and powered by electricity, its movement has no machine-like rigidity to it. The curvature of its wavy turns emits a distinct brilliance.

Ito studied metalwork at Tokyo University of the Arts, after which he worked as a window display designer and later began making sculptures. His work is found in many public spaces, including train stations. Ito, who is one of Japan’s leading kinetic artists, states, “In spaces occupied by humans, there is light. In nature, there are movements. The light and movement are the main themes behind my creative work.”