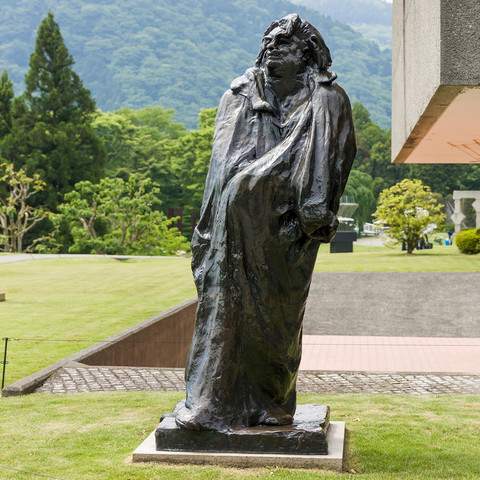 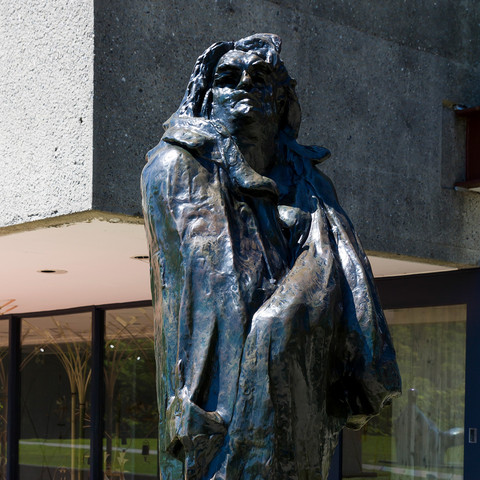 Rodin was commissioned by the writers’ association Société des Gens de Lettres to create a sculpture in memory of novelist Honoré de Balzac (1799–1850), which he did based on a portrait photograph. He presented the plaster figure to the salon in 1898, but it was ridiculed and called things like “snowman,” “lava,” and” heathen.” The association refused to accept the sculpture, claiming that the artist had “insulted the great writer of France.”

Rodin took the plaster figure back and did not show it to the public for the rest of this life. After his death, it was unveiled in the city of Paris in 1939. The details of the figure are covered up by a gown, creating a dramatically simplified form, which, among all of Rodin’s works, seems to connect the viewer most to the contemporary era.