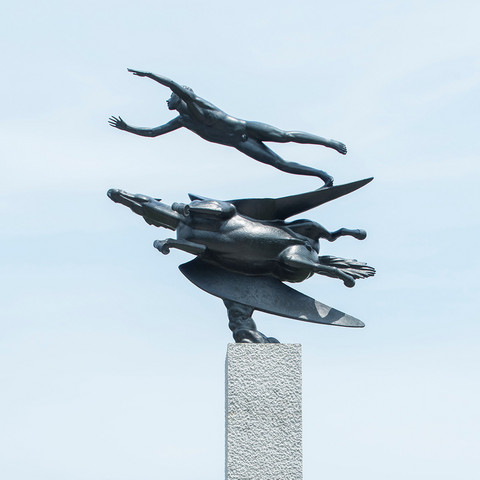 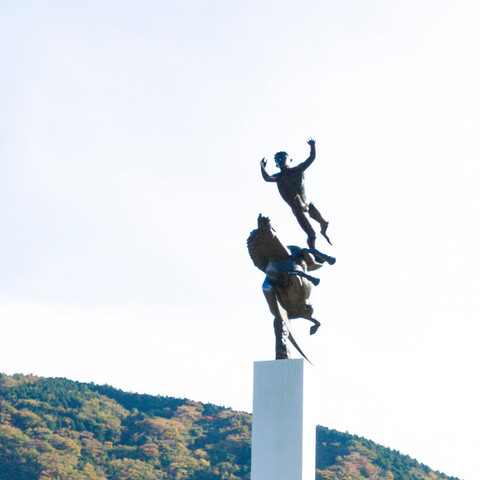 This sculpture depicts a scene in Greek mythology in which hero Bellerophon rides Pegasus on his way to defeat the monster Chimera. Atop a towering pedestal, both the man and Pegasus outstretch their bodies in an attempt to fly even higher.

Milles’ sculptures contain a mixture of various art elements including those of the Archaic Greece period and the Gothic, and Baroque periods. This piece, by an artist whose strengths lie in highly imaginative compositions and free, unfettered movements, stand out in the open air against the sky.